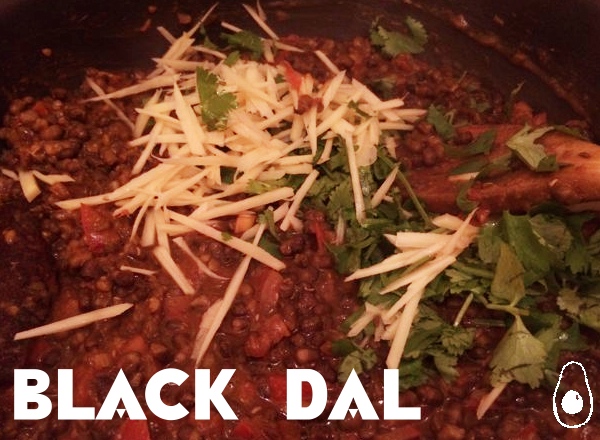 It’s a cold Thursday in November. CB and I have just come home from work. “What’s for dinner?” I ask. CB is preoccupied with a bowl of some sort of soaking pulse. In retrospect, I should have paid more attention to this earlier. “Hm,” says CB. “Hmmm. Ok. Don’t overreact.” “What is it?”  I press, doing exactly that. I think I already know what she’s going to say. “We are going to make,” she says, careful not to look the horse in the eye, “a properly vegetarian lentil curry.”

You’ll perhaps recall from our past Tarka Dal adventures that I had an aversion to plunging straight into all-vegetarian dishes. I’ve been working on this. CB found this lovely recipe in Rick Stein’s India and it’s probably for the best that she didn’t tell me that we were going to eat it until it was too late or I may have rallied against it. Don’t make this mistake. The ingredients themselves are simple and almost all of them should be in your cupboard or readily available; including asafoetida which, due to the “Ottolenghi effect”, is now widely available in larger supermarkets. 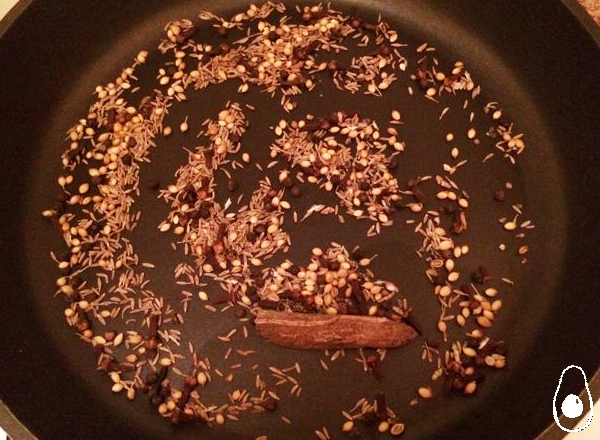 Make the garam masala yourself if you have the time and the inclination: you won’t regret it. The punchiness of freshly ground spices makes a real difference. This recipe is delicious, warming, hearty and healthy. The stew itself is gluten free and, if you use soya spread instead of butter, totally vegan. Serve with toasted naan breads or rice and a generous dollop of mango chutney.

Warning: Start 18-24hrs before you want to eat

To Fiesta Friday  and Tuesday’s Table!