Don’t get me wrong, we consider every recipe we post to be a personal triumph of taste. But occasionally we make something that is so… extra, that I find my usual superlatives and synonyms aren’t enough.

So I turn to CB, who if not a wordsmith is certainly concise and certainly not a wallflower when it comes to her opinions:

Those that know her and her critical nature will understand what a compliment that is. So good is this dish that I arrived home last week to find her groaning in discomfort – she’d chowed down two portions in a single sitting.

You’ll first realise what you’ve let yourself in for when the mouth-watering smell of the aubergines frying in their simple oregano-based seasoning hits your olfactory system. The second hint will be when you can’t stop eating the aubergine straight out of the pan. 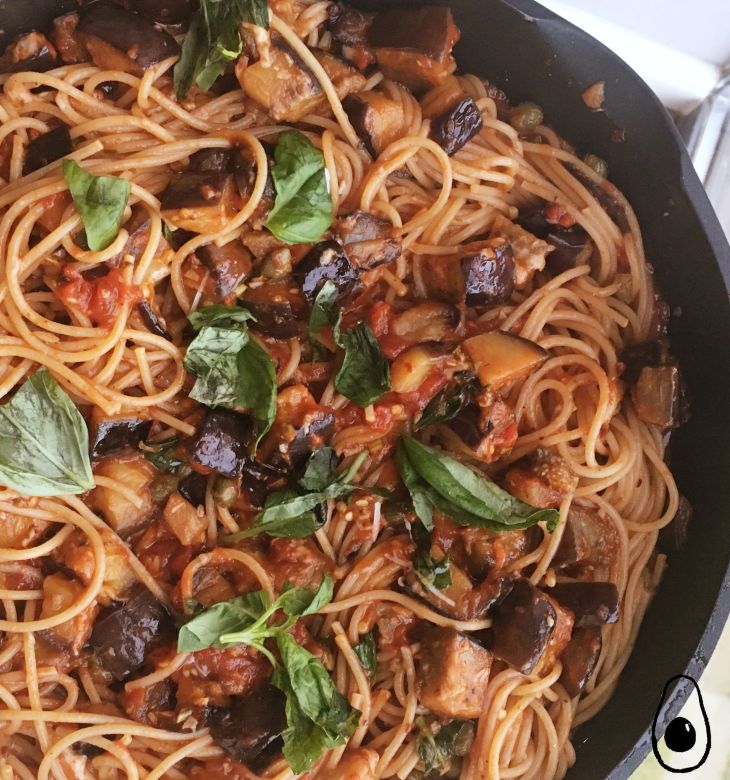 Make this today to save a life. NO SUBSTITUTES.

Jamie Oliver has excelled himself here and we can’t even take credit for adapting it – we’ve literally just followed his recipe.

*You want to fry the aubergine in a single layer and not overcrowd the pan. For us, and the size of our pan, this means a batch per aubergine. You can knock 10 mins off the time this takes if you’re making it for 2, or using 2 pans at once.